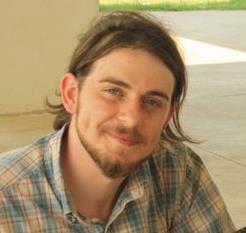 Andrew received his MS in Applied Geography from UNT in 2010, and finished his PhD in the Environmental Science program at UNT studying ancient proteins in 2018 (see here). His Master's thesis, Archaeological Proteomics: Method Development and Analysis of Protein-Ceramic Binding, is part of an NSF funded research project to design, optimize, and apply methods for extraction and identification of food residues from archaeological pottery.  Andrew has presented papers at a number of international and national conferences, including the annual meetings of the Society for American Archaeology, the American Society of Mass Spectrometry, and the Society of Ethnobiology.  Andrew is the lead author of a papers on his research published in the Journal of Archaeological Method and Theory, the Journal of Archaeological Science, and Ethnobiology Letters. 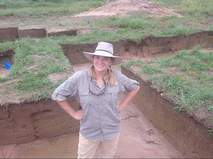 Alexandra (Master's in Geography 2019) pursued research focusing on the intersections of environmental archaeology and lithic technology at the late Holocene, Placitas Arroyo site in south-central New Mexico (see here). She is interested in the contingencies of lithic production and raw material use in the context of historical ecology. She was a teaching assistant for Archaeological Science and currently direct archaeological research projects with Integrated Environmental Solutions. 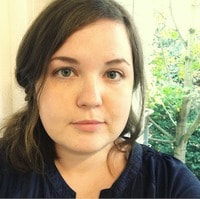 Ashley finished her Master's degree in Biochemistry co-advised with Dr. Barney Venables in 2017. Her research focuses on the archaeological chemistry of ancient proteins from cooking pottery. Her thesis project emphasized development of proteomics approaches for studying protein residues from archaeological pottery, including optimization of mass spectrometry techniques and evaluation of targeted peptide methods. Ashley will begin a PhD in Archaeogenetics at Max Planck Institute for the Science of Human History. Ashley has presented her research at the Society for American Archaeology conference. At UNT she was a teaching assistant for biology, biological anthropology, and archaeology courses. 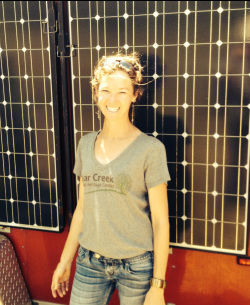 Kathy finished her PhD in Environmental Science at UNT in 2016, co-advised with Dr. Sam Atkinson.  She has worked, traveled, and studied nationally and internationally in areas of ecological design and planning and is fascinated by the social dimensions of environmental problems. Her research focuses on environmental choices and behaviors in the areas of environmental design, planning, and technology with special interests in solar energy adoption.  She is also interested in assessing the effectiveness of demonstrating environmental technologies/systems in initiating behavioral change. Kathy is currently the Health Cities Program Director for Dallas for The Nature Conservancy. 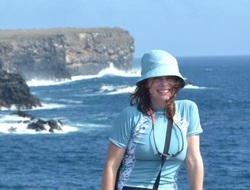 Christy graduated with an MS in UNT Applied Geography in December 2015.  Her research is on the zooarchaeology of several small sites near Goodman Point Pueblo in the Mesa Verde region of southwestern Colorado excavated by Crow Canyon Archaeological Center. She has addressed research questions about animal resource use in civic architecture and domestic contexts during periods that precede abandonment of the area at roughly AD 1300. Christy has presented her research at the annual meetings of the Society for American Archaeology, the Society of Ethnobiology, and the Pecos Conference. She was recently awarded the Society of  Ethnobiology's 2013 Barbara Lawrence Award as a co-author and was invited to present her research at the 2015 annual meeting of the Society for American Archaeology. 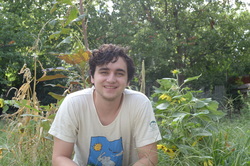 Preston was an undergraduate anthropology major and a McNair Scholar, graduating in May 2015.  His undergraduate thesis involved surveying green spaces near buildings at UNT to inventory wild, edible plants. The inspiration for Preston's thesis research is to increase ethnobiological awareness on campus by sharing information gained through his inventory in order to influence environmental values. He is currently working on his Master's degree in Applied Anthropology at the University of South Florida. 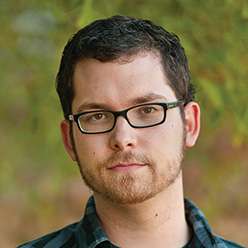 Jon graduated in May of 2015 with his Master's in Applied Geography; his research has focused on zooarchaeology and animal ecology. He was awarded the Society of Ethnobiology's 2012 Undergraduate Ethnobiologist Award. Jon did his UNT Honor's Thesis research on the political ecology of free ranging cats and small animal conservation. His Master's thesis research focused on the zooarchaeology of Ponsipa Pueblo in the Northern Rio Grande region of New Mexico, particularly the applied ichthyoarchaeology of blue sucker remains from the site, forthcoming in the journal Hydrobiologia. Jon also serves as Production Editor for Ethnobiology Letters. Jon has interests in conservation biology and archaeological residue chemistry. Jon has published in the PeerJ and the International Journal of Osteoarchaeology and has presented his research at multiple regional, national, and international conferences. He was a teaching assistant for Archaeological Science during his time at UNT. In 2014, Jon was awarded the UNT Toulouse Research Fellowship to support his thesis research. During the summer of 2015, Jon was a field intern at Crow Canyon Archaeological Center, and he began his PhD in Anthropology at University of New Mexico in September of 2015. 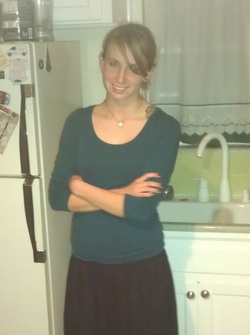 Traci graduated with an MS student from the Applied Geography program in May of 2015. She began her PhD studies in Biology at the University of Oklahoma in the fall of 2015. Her research interests focus on the biogeography and conservation ecology of freshwater mussels. In particular, she studied the late Holocene paleozoological distribution of freshwater mussel species in the Leon River of Texas for her thesis. Her research has implications for zooarchaeology in terms of determining factors that influence taxonomic abundance of freshwater mussel remains in archaeological faunas, which is published in Quaternary International. In addition, her research has implications for conservation biology in terms of establishing baselines for conservation and restoration of mussels, forthcoming in Hydrobiologia. Traci has presented her research at annual meetings of the Society of Ethnobiology, the Society for American Archaeology, and the Freshwater Mollusk Conservation Society. 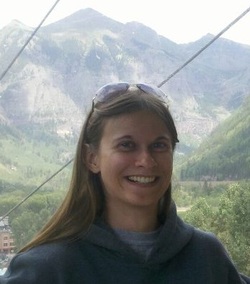 Laura obtained an MS in Applied Geography in December, 2014; her thesis focused on zooarchaeology and animal ecology. She was recently awarded the Society of Ethnobiology's 2013 Barbara Lawrence Award as a co-author. Laura has focused her research on the zooarch﻿aeology of small sites surrounding Goodman Point Pueblo in the Mesa Verde region of Colorado. In particular, she has been interested in differences through time in lagomorph exploitation and differences and similarities between large pueblos and small hamlets regarding animal exploitation. She has also examined the demographics of turkey exploitation to address questions about flock culling at the end of occupation at Goodman Point. She has presented her research at annual meetings of the Society for American Archaeology, the Society of Ethnobiology, and the Pecos Conference. In 2014, she presented her research at the International Congress of Archaeozoology meeting in San Rafael, Argentina, and she was invited to present her thesis research at the 2015 annual meeting of the Society for American Archaeology. During her time at UNT Laura was a teaching assistant for Archaeological Science and Statistical Research in Geography. She began her PhD program in anthropology at Washington State University in the fall semester of 2015. Learn more about Laura's work at her website. 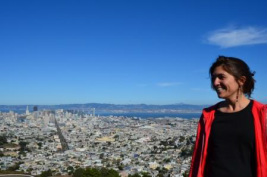 Clara is a zooarchaeologist from Argentina with interests in human behavioral ecology and vertebrate taphonomy funded through CONICET. Her research focuses on hunting and gathering of foragers in southern Mendoza during the Holocene. She has additional interests in actualistic research on ungulate carcass dispersal and bone weathering in high altitude settings as well as the contemporary zooarchaeology and anthropology of traditional ranchers (puesteros) in the Andes. Clara is part of a team of archaeologists centered at the Museo Historia Natural de San Rafael. At UNT, she developed a number of papers for publication on her zooarchaeological research. Clara has published her research widely, which include articles in the International Journal of Osteoarchaeology, Archaeofauna, Latin American Antiquity, Magallania, and other respected scholarly journals and edited books. 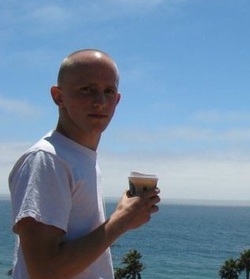 Evan graduated with an MS in Applied Geography in August of 2014.  His research interests focus on the deposition of consumer plastics (e.g., bags, bottles, toothbrushes, etc) in urban landscapes, particularly stream corridors. The impetus for his research is to compliment existing data and publications on the global ecological endpoints of consumer plastics in the hydrological system (e.g., ocean-gyre garbage patches) with data on local entry points into the system. The framework for his research is that although plastics are used on ecological (short) timescales, they exhibit a geological or archaeological mode (long term) of deposition into the environment. At UNT, Evan was a teaching assistant for Earth Science and Statistical Research Methods in Geography.  Evan is currently an environmental analyst for the City of Boise. 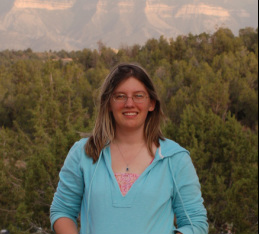 Amy received an MS in Applied Geography from UNT in 2011 working with Dr. Lisa Nagaoka and received an MS in Environmental Science in August of 2014. Her Master’s thesis, Faunal Exploitation During the Depopulation of the Mesa Verde Region (AD 1300): A Case Study of Goodman Point Pueblo (5MT604), focused on dietary trends of Ancestral Puebloans at Goodman Point Pueblo in southwestern Colorado just before the depopulation of the area around AD 1300. By studying over 14,000 animal bones she compared the availability of animal resources at Goodman Point Pueblo to other nearby villages. Amy was awarded the Society of Ethnobiology's 2013 Barbara Lawrence Award as lead author. During her time at UNT Amy was a teaching assistant for Archaeological Science and Environmental Science. 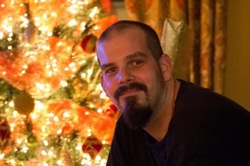 Brannon received his MS in Environmental Science from UNT in 2012.  His Master's thesis Ecological Significance and Underlying  Mechanisms of Body Size Differentiation in White-tailed Deer approached questions of how food availability and habitat quality impact body size in animals, particularly white-tailed deer in Texas.  Brannon has presented papers on the geographic distribution of deer size in Texas and on the influence of food availability on deer growth rate at annual meetings of the Southwestern Association of Naturalists, the Southwestern Division of the American Association of Geographers, and the Ecological Society of America. Brannon's interests include ecology and environmental modeling; in fall of 2013 he joined the Environmental Science PhD program at SUNY College of Environmental Science and Forestry.  His thesis research has been published in the journal Environmental Management. 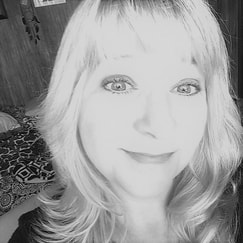 Julie received her MS in Applied Geography from UNT in 2009. Her Master's thesis, Testing New Measures of  Age Independent Body Size in White-Tailed Deer (Odocoileus virginianus), built upon previous research in paleozoology on biometrics of deer size. Julie assessed which skeletal elements of the lower hind limb in deer are best suited for studying shifts in deer body size over time and across geographic space (see also Purdue 1987). Julie has presented papers at a number of international and national conferences, including the annual meetings of the Society for American Archaeology and the Society of Ethnobiology.  Julie was a TA for Archaeological Science at UNT.